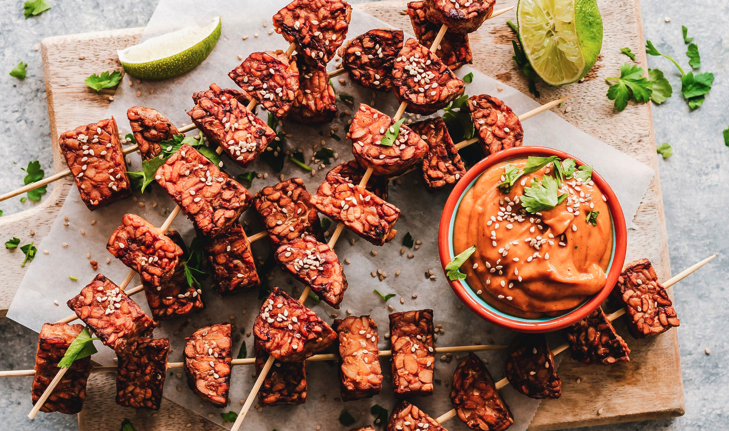 Dutch vegan meat company Schouten Europe recently launched Tempeh Today in Bangalore, India. The company produces tempeh locally in small, high-tech shipping containers. Tempeh Today plans to roll out at least 100 shipping-container factories across India over the next five years in an effort to reduce the protein deficit in the country. “It is more cost-effective to have a decentralized production of tempeh in India than to produce it in one large factory,” Schouten Europe CEO Henk Schouten said. “This also simplifies the local sourcing of raw materials from smaller farmers.”

The tempeh factories will obtain energy from solar panels, and 60 percent of the tempeh that is produced will be frozen and transported to a central location for storage and packing for the local retail and foodservice industry. The remaining 40 percent will be used for meals for school children. While local employees will be responsible for the operational side of the production business, the factories will also be monitored by Schouten Europe from the Netherlands to ensure standardized production, consistent quality, and food safety.

Tempeh Today will give 800 local workers employment with a fair wage, and 2,000 local soybean farmers will supply soybeans to the tempeh factories. Tempeh Today hopes to eventually produce a total of 10,000 metric tons of tempeh per year.