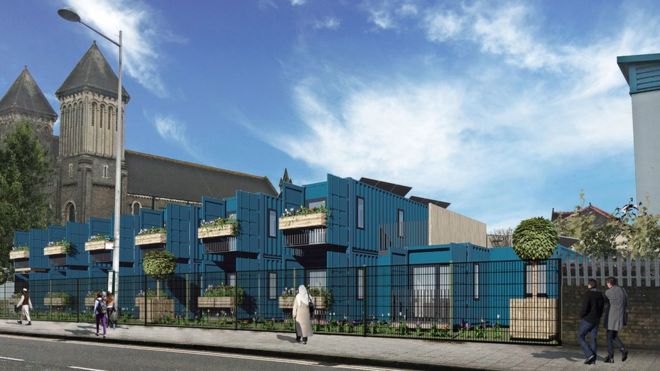 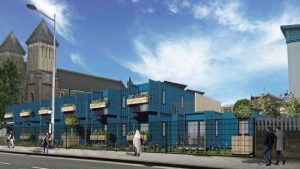 Homeless people in Cardiff could be living in converted shipping containers by the end of the year.

Work starts this month on 13 homes to be built on the site of a former vets’ clinic in Butetown, with eight homes in the grounds of a hostel in Ely.

Similar schemes are already up and running in Merthyr Tydfil and Wrexham.

The scheme is jointly funded by Cardiff Council and the Welsh Government.

Cadwyn Housing Association said the converted containers would have the same comforts as a conventional home.

Two-bed units will include fenced gardens while first-floor one-bed homes will have roof terraces.

The converted containers are designed to be energy efficient, and can also be moved elsewhere in response to demand.

In March, Cardiff Council defended its actions in removing tents used by homeless people near the city centre, citing concerns about anti-social behaviour.