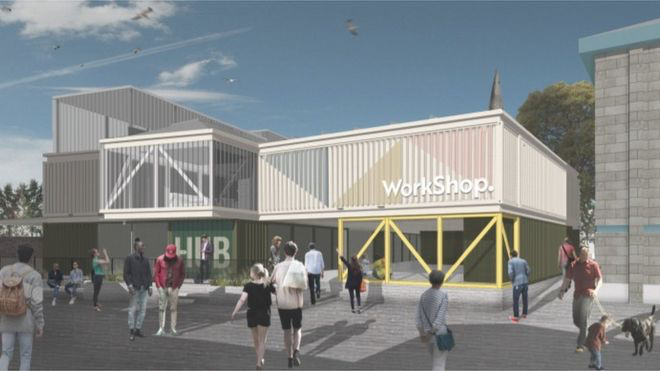 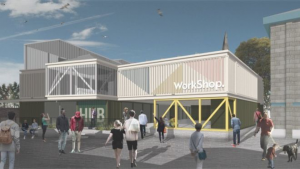 A £1.6m hub for a community arts, office and conference space will be built in a Cheltenham car park from 31 shipping containers.

WorkShop Group wants to build the development on the 60-space site off Chester Walk.

It will also house a cafe and an arts and education space.

In a letter of support to the authority, director of Cheltenham Business Improvement District Kevan Blackadder said the project would bring “a new vitality” to the area.

“The open spaces around Cheltenham Minster and the alleyways that lead from them can be blighted by anti-social behaviour.

“This project would bring a new vitality to the area during the day and evening that would quickly start to change that.”

The private car park on the edge of the town centre has in the past attracted anti-social behaviour and problems with litter.

According to the planning application, the hub would help address Cheltenham’s “poor resource of high-quality, flexible and affordable” office space for start-ups and small businesses in the creative sector.

A small second floor extension will include a “laboratory” for prototyping and 3D printing, as well as further meeting spaces.

Liberal Democrat councillor Rowena Hay said: “This is an enormously exciting opportunity for Cheltenham to create something that’s completely different.”

The developers have said they hope to open the new hub by mid to late 2020.