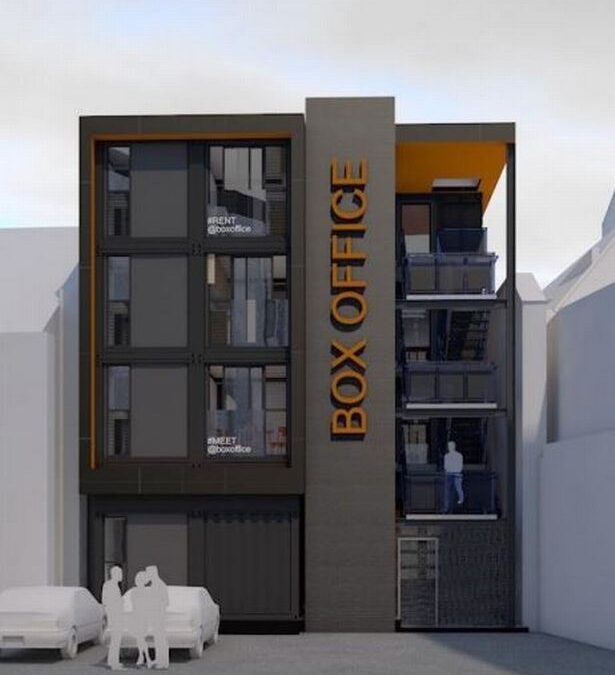 Womanby street located in Cardiff is set for a four storey shipping container office block on the site of the street’s car park – well known for its hub of live music and entertainment in the city centre. The plans highlight that the box office development will be made up of several stacked containers complete with balconies. The block will also have a bio solar roof covered in solar panels and vegetation. The site is currently used as a private car park and is connected to the Angel Hotel’s car park.

Although the plans still need approval from Cardiff’s council, campaigners are opposed as they feel this could block any future residential plans for the area. This comes after the historic 2017 opposition – when thousands of music lovers backed a campaign to save womanby street. This was due to fears that an application to build flats next to Clwb Ifor Batch would lead to reduced opening hours.

Broadcaster Daniel Minty openly shared the news on his popular Twitter profile Minty’s Gig Guide – “Planning app gone in on Womanby Street, and it’s one we support! An office block that’s taken considerate steps acknowledging the heritage and the protection of its businesses.” – Adding that it shuts down any possibility of residential spaces.

The developers stated – “It will provide additional life and further community to the area, both to the street level and also to the upper street face. The people who occupy, and visit, the building on the site are also likely to make use of other buildings along the street, be that for food, drink or entertainment, shopping or other purposes. The proposed new building will not only add to the community, but it will also provide much needed economical injection into the area.” 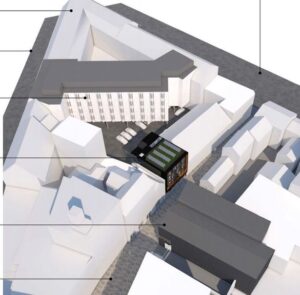