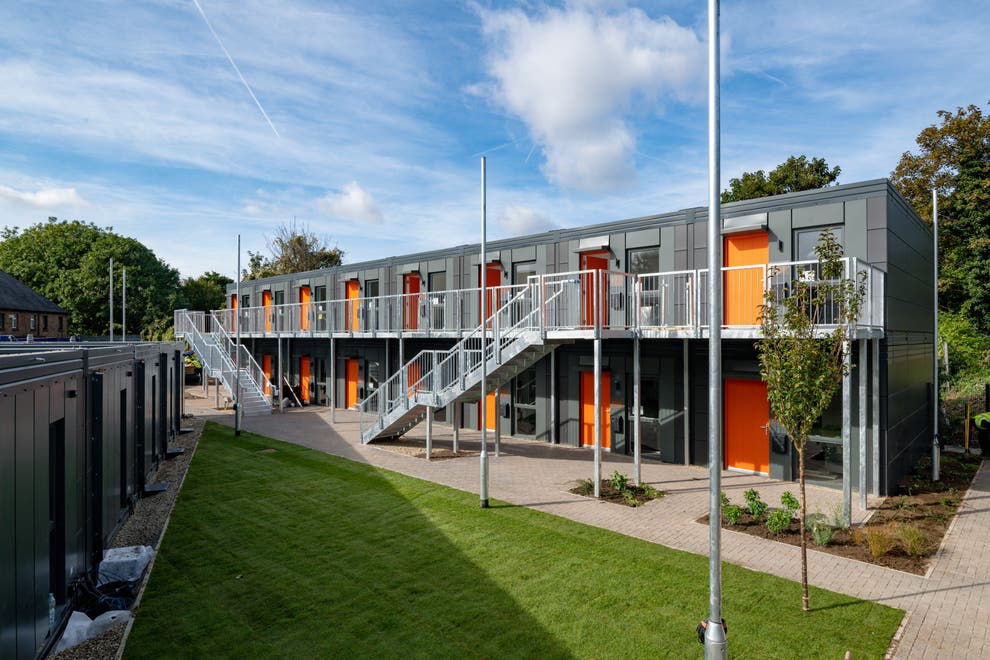 Some of the “most vulnerable” homeless people in Haringey are set to be housed in 33 new micro pods. The prefabricated units sit on a disused, four-acre corner plot in the heart of the borough, which has a high rate of homelessness.

The scheme is the first of its kind in London, devised by the housebuilder Hill, the council and funded in part by the Greater London Authority.

From the outside, the grey dwellings look like metal shipping containers, with windows and an orange door. They are 24sq m, with a kitchenette, bathroom, utility cupboard and single bedroom.

“This is the first project in London delivering modular housing for people who have been rough sleeping and we are so excited for it to be launched,” says council leader Peray Ahmet. The first residents will move in within the next couple of weeks.

The pods are for those who have lost their homes, slept rough or are in emergency accommodation, and for those who may have struggled with mental health issues and drug abuse. The council believes people will stay for up to two years as they progress towards full independent living.

The project divided residents of the surrounding roads. “It was 50:50 [for and against] at the start,” explains project manager Rory Lowings of Hill.

As a result, and to appease locals, Hill and Haringey kept the first row of units as single storey rather than double stacking it as was first planned.

The managing director of a rival house builder told Homes & Property: “I don’t want to demean their efforts but you have to ask yourself should people really be living like that, in that space, for that long?”

Hill built the prefabricated pods in factories in Shropshire and transported each one down by lorry. Each unit cost around £47,000 to make and would cost £81,000 to buy privately. Hill funded half of them.

The site is classified as “meanwhile space” as it has been set aside by Network Rail for Crossrail 2, which is yet to be approved. If and when the transport body reclaims the land, the pods will be relocated.

Hill is in discussions with HMP Holloway about delivering a similar scheme to house women on release.